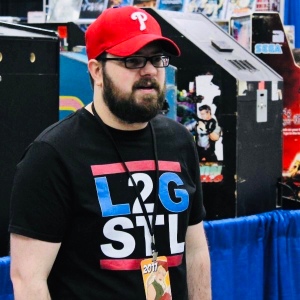 Keegan didn’t grow up as your traditional nerd. Sports were always his life and the only foray into gaming he did was playing AAA titles like Halo and sports games. After starting Level 2 with Tom and diving more into nerd, seriously he didn’t know who Tiny Tina or Kreig were when he met people cosplaying as them, he began to see other fandoms that piqued his interest.  By chance Keegan went to Indy Pop Con in 2017 and had his first experience with roleplaying tabletop games and was hooked. With the encouragement of a couple people Keegan decided to jump into Dungeons & Dragons, his first ever campaign is the one you’re following, and he is loving his experience